Primal Scream, William Murray's 1986 sci-fi noir - and my first feature film editing credit - will have its belated World Theatrical Premiere at Montclair Film's 505. A double feature pairs it with Made a Movie, Lived to Tell, the 2018 documentary about its making, directed by William Murray and myself.

Made a Movie, Lived to Tell premieres at the Montclair Film Festival.

Finished editing work on Made a Movie, Lived to Tell, a heartfelt tale about the first film I cut, and the friendships that formed in the making. The doc was co-directed with William Murray, the director of that first film, Hellfire aka Primal Scream.

Sophie and the Rising Sun is available on DVD from Monterey Video, and streaming through Netflix.

Maggie Greenwald’s Sophie and the Rising Sun will premiere at the Sundance Film Festival as the opening night gala in Salt Lake City. Very excited for this platform for the film, and also very excited to be attending the festival, with writer/director Maggie Greenwald, dp Wolfgang Held and the rest of the team.

Shooting begins in South Carolina on writer/director Maggie Greenwald’s latest film, Sophie and the Rising Sun. Julianne Nicholson, Margo Martindale and Diane Ladd star. This will my seventh collaboration with Maggie. Our first was 1993’s The Ballad of Little Jo.

Innocence on dvd this month!

Jed Rothstein’s Before The Spring, After The Fall (formerly Heavy Metal Islam), lands in NY for a screening at NYU. Partially financed by ITVS, this engrossing documentary about the members of two heavy metal bands struggling to be heard during the Egyptian revolution of 2010 - 2011, has been in circulation at film festivals for much of the past year.

Very happy to be working on my second film for Hilary Brougher. Innocence is a supernatural thriller with strong coming-of-age and romantic cross-currents. The film stars Kelly Reilly, currently receiving acclaim for her co-starring role in Flight, with Denzel Washington. It is produced by Pamela Koffler and Christine Vachon of Killer Films, and Ron Curtis. Based on Jane Mendelsohn’s novel of the same name. For a 2013 release.

Jed Rothstein’s extraordinary documentary, Before The Spring, After The Fall, is near completion, aided by additional backing from ITVS.

Deema Amr’s romantic comedy, A Seven Hour Difference, for which I provided mentoring and some editorial supervision to its talented Jordanian editor, Ayham Abu Hammad, has been doing well at film festivals around the world. I became involved with this project through my involvement with Jordan’s Royal Film Commission, facilitated by Mohammad Al Bakri and Carla Dabis Halabi.

Work continues on the documentary Egypt Fever Dreams aka Heavy Metal Islam, for Academy Award nominated director, Jed Rothstein. This film chronicles the experiences of a diverse group of musicians in Egypt’s nascent heavy metal scene, as they become caught up in the drama and turmoil of the Egyptian revolution.

I will be participating in Media Careers Day, at Montclair State University. It’s a day of professional panels for high school and college students; it’s free, and it’s being sponsored by MSU and the upcoming (May 2012) Montclair International Film Festival.

Maggie Greenwald’s The Last Keepers (formerly known as The Art of Love), starring Virginia Madsen, Aidan Quinn, Olympia Dukakis and Zosia Mamet, and produced by Claude Dal Farra, is close to being finished.

I will be traveling to Amman, Jordan to spend two weeks at the Royal Film Commission, mentoring the editing process on Dalia’s Drama, directed by Deema Amr and edited by my one-time student and now-colleague, Ayham Abu Hammad.

Jim Kolhberg’s The Music Never Stopped has been selected to be the opening night film at the 2011 Sundance Film Festival.

Production started on Maggie Greenwald’s The Art of Love. This delightful, bewitching new project stars Zosia Mamet, Virginia Madsen, Olympia Dukakis and Aidan Quinn. It is being produced by Claude Dal Farra, Carly Hugo and Matthew Parker at the new Vinci Farm facility in upstate New York. This is my sixth collaboration with Maggie!

Jim Kohlberg’s Untitled Oliver Sacks Project now has a title, The Music Never Stopped - the Grateful Dead song title well suits the story of a father and son reaching each other through the band’s music.

Honored and happy to be back at Columbia University, teaching two more editing workshops with the 2nd-year grad students.

I have begun work on director Jim Kohlberg's Untitled Oliver Sacks Project. Based on Sack's short essay, "The Last Hippie," UOSP will star Julia Ormond, J.K. Simmons, Lou Taylor Pucci and Cara Seymour. It is being produced by Julie Noll.

Amreeka arrives for homevideo on January 12th, through Virgil Entertainment. Available through all major retailers, as well as through Netflix.

I will be teaching a two week editing workshop, "The Art of Editing," at the Royal Film Commission in Amman, Jordan.

Cherien Dabis’ gloriously entertaining feature debut, Amreeka -  having made an indelible mark in major festivals around the world - opens nationwide this month, from National Geographic Entertainment.

Alan Cumming's wicked horror-comedy Suffering Man’s Charity, which I cut a couple of years back, is finally out on DVD. The US release title is Ghost Writer.

American Swing opens theatrically in New York and other cities later this month, through Magnolia Pictures. In mid-April it will have its DVD release, with Magnolia Home Video handling U.S. distribution.

Amreeka continues its warm and astonishing trek though the worlds of independent cinema. It will be honored in its New York premiere as the opening night selection of the New Directors/New Films series at MoMA. In May, the film has its European premiere in the Directors’ Fortnight 2009 at the Cannes Film Festival.

Cherien Dabis' feature debut, Amreeka has been completed. This extraordinary new film will premiere this January, in competition, at the Sundance Film Festival.

Mathew Kaufman and Jon Hart's American Swing premiered simultaneously at the Toronto and Deauville Film Festivals, and continues to play various festivals throughout the world. It will screen in New York City at the Stranger than Fiction Festival at the IFC in March 2009.

I have started work on writer/director Cherien Dabis’ feature debut, Amreeka. It is the story of a single mom and her teenage son, newly emigrated from Ramallah,  and their difficult, sometimes humorous, search to make  a new life in the United States. Filming in Winnepeg and the West Bank, it is being produced by Christina Piovesan, Paul Barkin and Elizabeth Jarvis for a 2009 release. 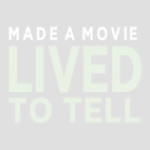